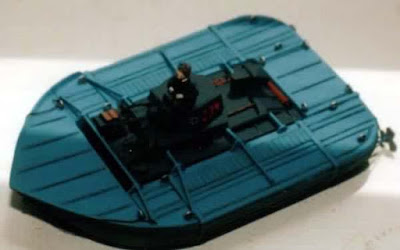 The floatation device was tested in February 1941 and consisted of a large, boat-like float AP-1, fitted around the tank. Two propellers in the rear were connected to the tank's engine and in calm water the prototype attained speeds of  up to 8 km/hour. The adaptation was rugged enough for ocean use, but it is not known for what operation it was considered. (Source : Schiffer's "Czechoslovak Armored Fighting Vehicles 1918-1948", page 205)