This diorama pictures British troops landing at Normandy. Under heavy bombardment the landing craft backs away to get another load of troops.

Nothing special to say about the boat, it came together pretty easy. It was kind of lacking in details but the only thing I added was a rope.

The Sherman was really basic, but no problems. I added a driver (or gunner, at least someone poking his head through a front hatch) using the officer of Matchbox's British Commandos and a tank commander using the "Monty-figure" from the Matchbox British 8th army set

The tank obstacles are from Hasegawa's Field Camp Equipment.

The sea and beach were built and shaped using filler (the kind you use for fixing walls). 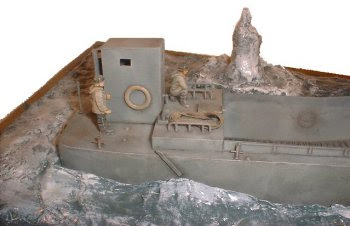 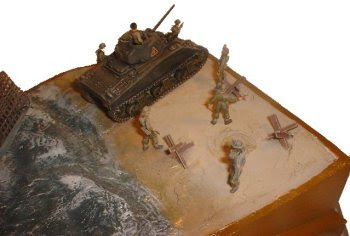 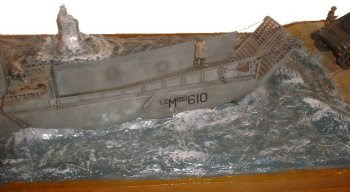 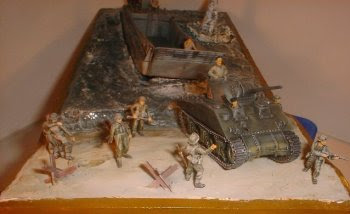 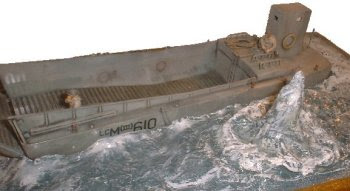 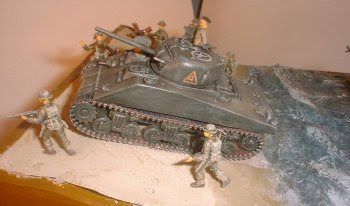 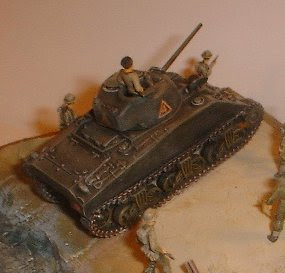 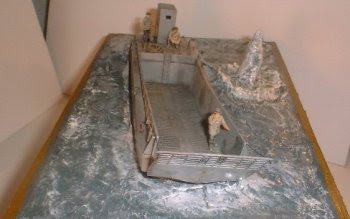 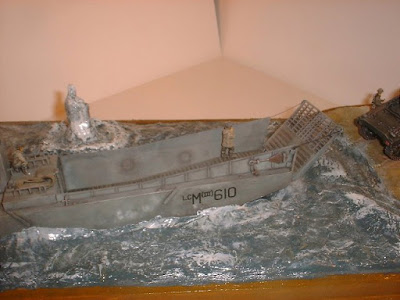