Our gaming group had a list of things we needed to build for some of the forthcoming games we had planned in the Disposable Heroes Arnhem campaign, one of those being a Nebelwerfer.

The old Esci kit still hasn't yet been re-released by Italeri and the expensive prices on Ebay for the old Esci kit made it a no-no, and resin or lead alternatives aren't really our thing, but Juan said he'd take care of it. 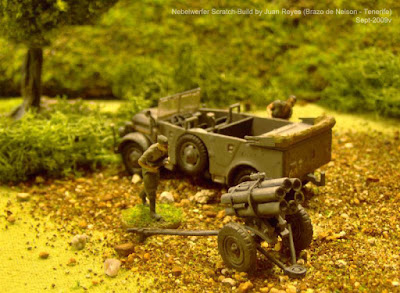 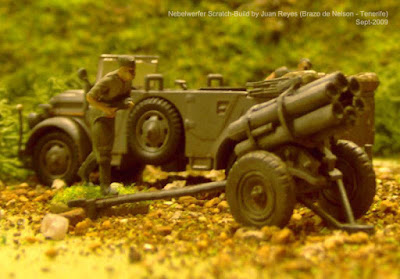 The rocket-tubes on the Nebelwerfer are made out of sprue, and the split-trail carriage, and wheel assembly are from the HaT Industrie German Pak-36 37mm Anti-Tank Gun.

The Steyr 1500A in the background is also another of Carlos de la Concha's Altaya-Repaints.
By JohnM No comments:


Iván Cáceres, another of my regular wargame opponents (he thrashed me in a game on Saturday just gone by the way, damn him), is also an avid 1/72 scale fan.

He's been working on updating the old board-game "Circus Máximus" into a version using miniatures.

The miniatures were painted by Iván and also by Carlos de la Concha.

The new "board" needs a centre-structure and some statues, spectators etc., so more photos to follow sometime in the near future when the table's finished. 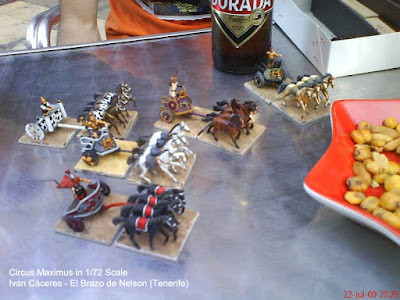 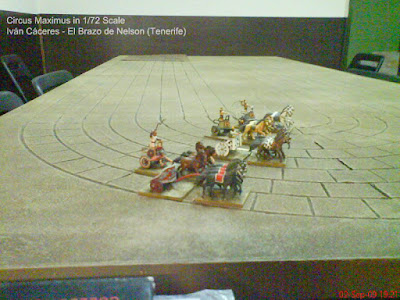 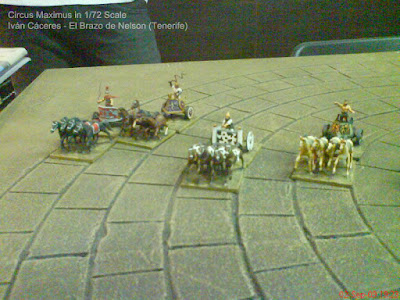 This is a Matchbox 1/76 Scale Humber II Armoured Car built and painted by Carlos de la Concha for an Arnhem wargame campaign. 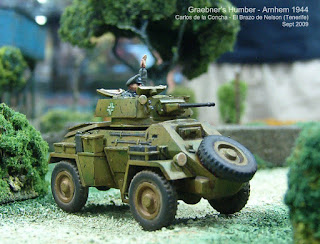