A set of "Newsteam" figures I have on the workbench at the moment.

The figures are Hasegawa hard plastic US Airforce Ground Crew with some simple modifications and an Esci/Italeri NATO Ground Crew figure. 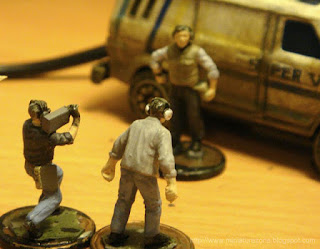 The war-weary reporter's van in the background is a Made-in-China toy.

Looking at the photo now, I think I went a bit over the top with the weathering, it's filthy dirty - and those toy-like wheels will probably need replacing too..........
By JohnM No comments:


Pictures from some WWII Pacific/Jungle games with members of the Brazo de Nelson wargame group. 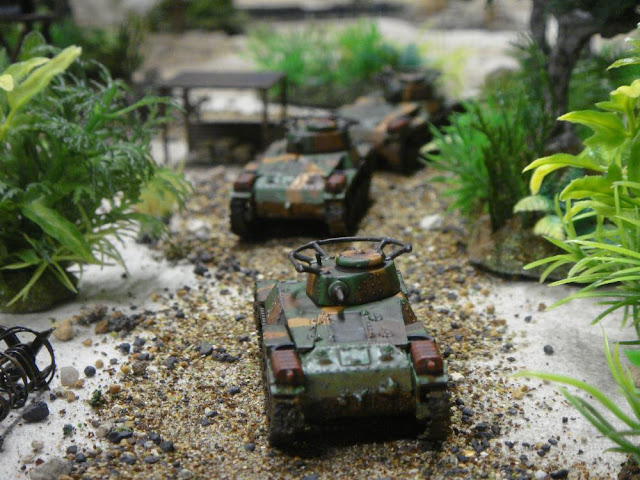 The 47mm AT gun was made by Alejadro – he used the wheels off a HaT German 37mm gun, and built the gun-shield from scratch. The gun-crew are conversions of HaT German AT figures by Carlos de la Concha. 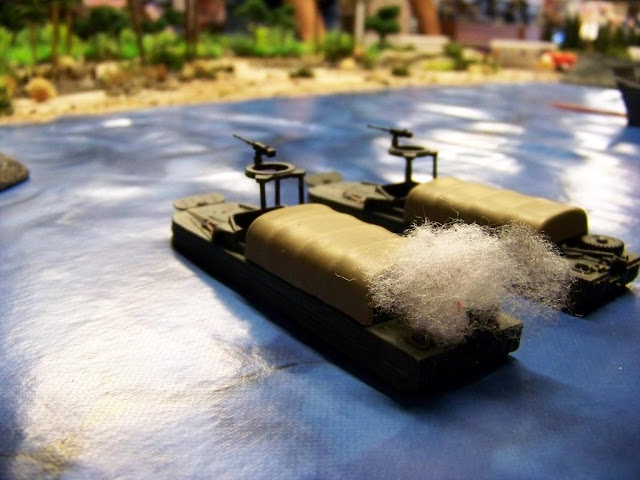 The DUKWs are Airfix classics, cut down to make them warterline models. 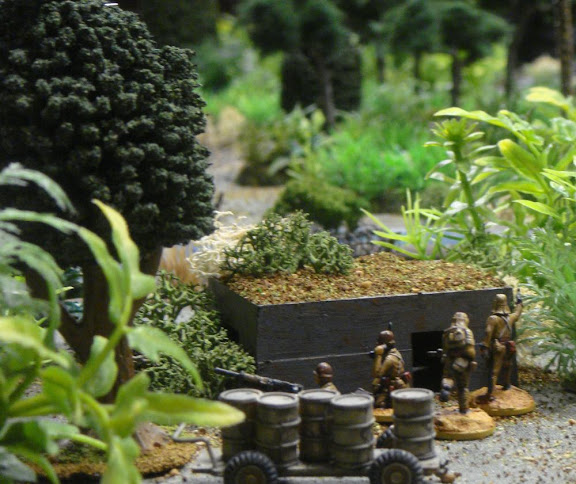 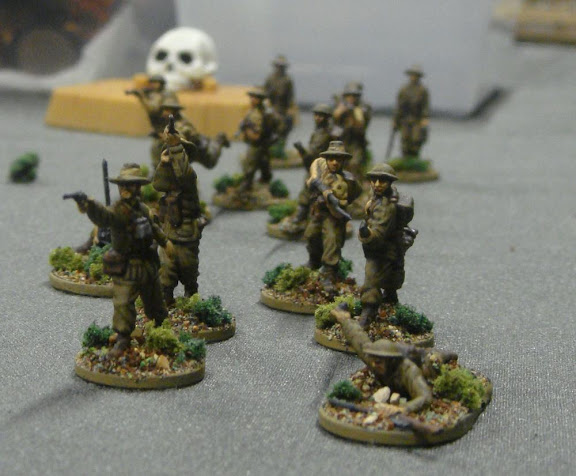 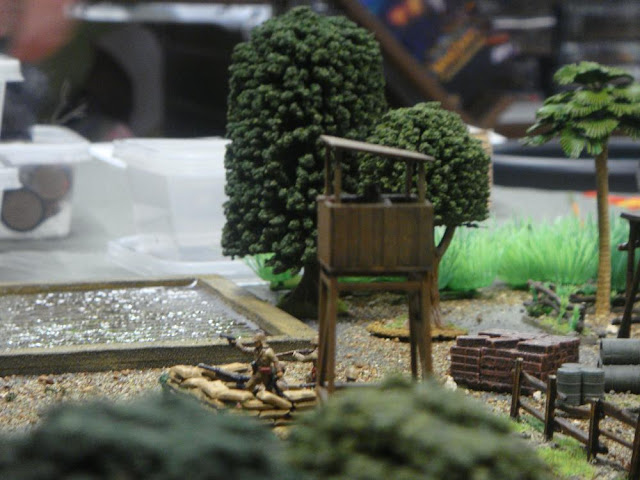 Italeri Watchtower from Carlos’ collection. On the right you can also just make one of the new Pegasus palm-trees, repainted by Juan Reyes. 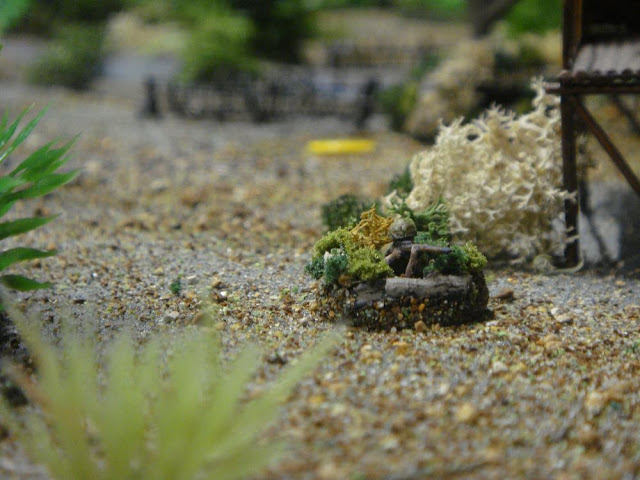 Japanese sniper conversion in a “spider-hole” by Carlos 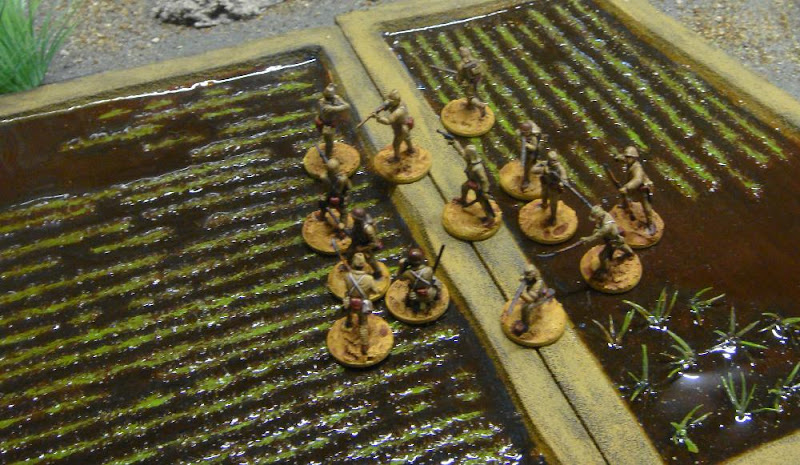 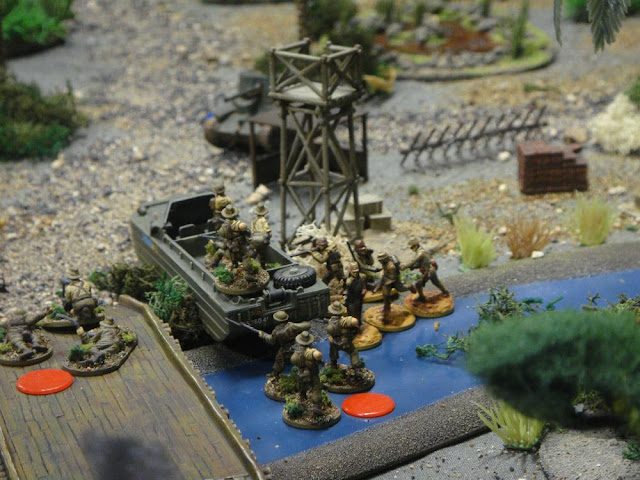 Aussies being close-assaulted by enraged banzai screaming Japanese. The river and bridge belong to Carlos – a product sold by the people who market FOW 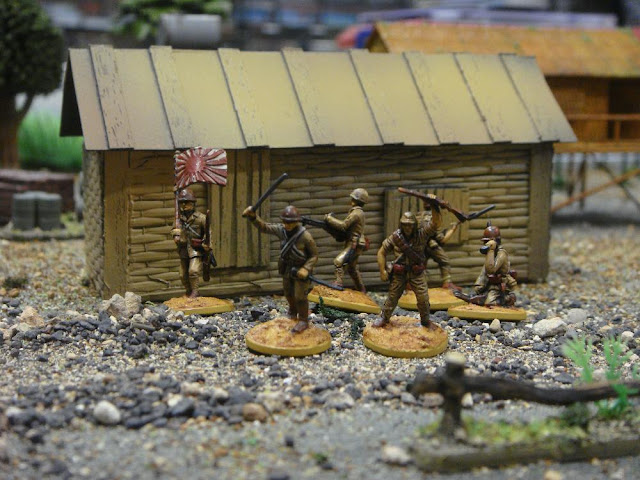 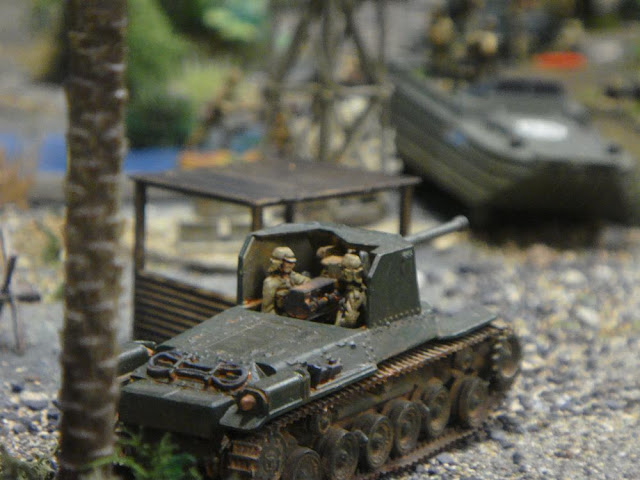