A few evenings back we had a game (and a few beers) at our mate Alex's place.

Carlos put the scenario together and acted as umpire. The rules used were Bolt Action by Warlord Games.

A WW2 skirmish encounter in a small village between British 8th Army squads versus Afrika Korps supported by a squad of Italian infantry.

A nice touch was in the middle of the game when a group of armed, and very angry, male inhabitants of the village entered into play, shooting at both the British and the Germans.

The objective was to capture and bring out alive a double-agent being held in a heavily fortified old colonial fort in the centre of the village.

The game was nicely balanced, we played it out twice - the Germans took the objective in the first game and the British the second time around.

Some pictures below from various turns during both the games 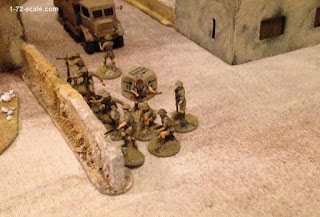 The 8th Army figures are mostly Airfix with a few Revell and Esci 8th Army mixed in. 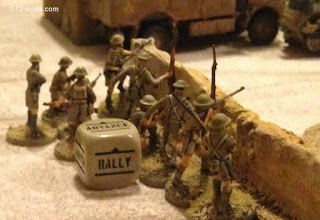 Germans deploy, coming out to meet the desert rats 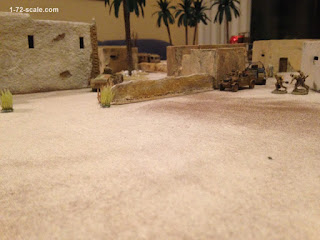 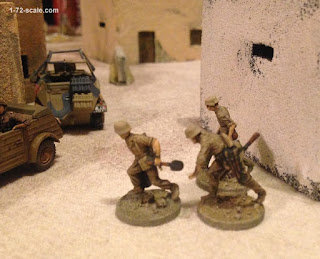 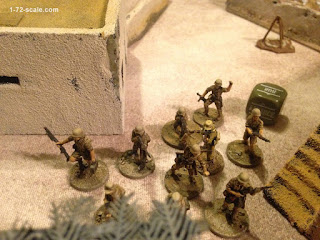 DAK are mostly Airfix with a few Revell, Esci and Matchbox figures. 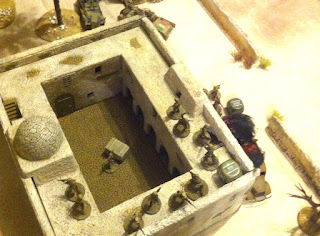 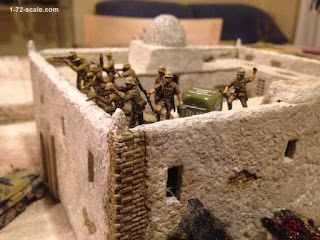 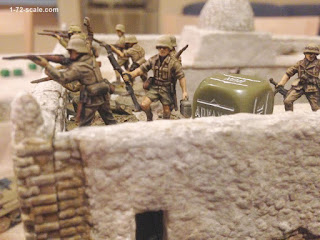 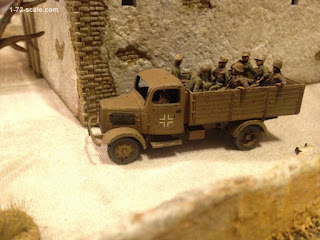 Pegasus models "German Truck". One of Carlos' models, the passengers are seated Revell artillerymen with headswaps. 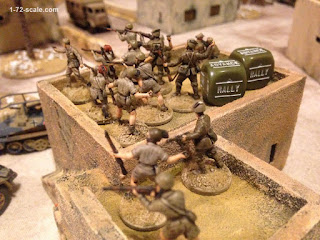 A large Italian squad takes up a defensive position on one of the roofs in the village. HäT and Esci/Italeri figures. The mortar team are from various sets with new heads. 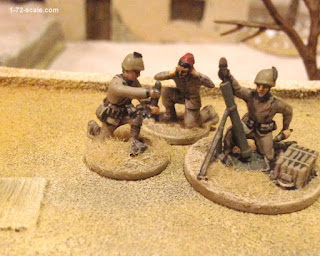 In the midst of the battle, armed villagers attack both allied and axis forces. 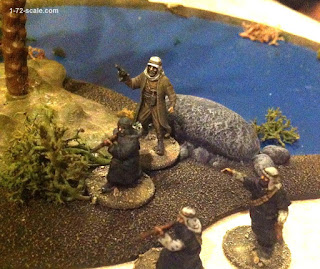 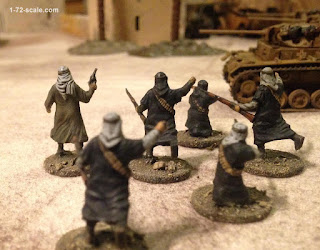 The guy with the revolver is the Lawrence of Arabia figure from the Esci Muslim Warriors set. The rest of the figures are Airfix Arabs-Bedouins 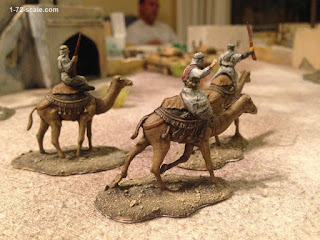 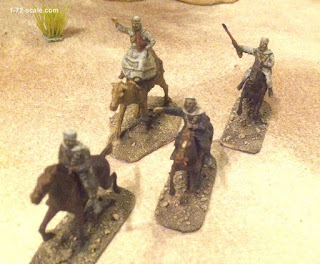 Meanwhile the battle raged on 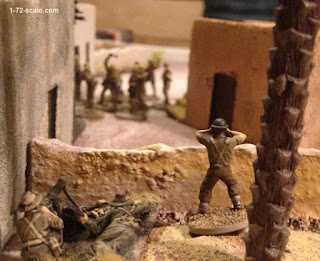 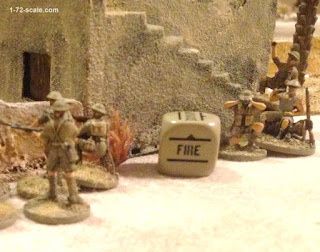 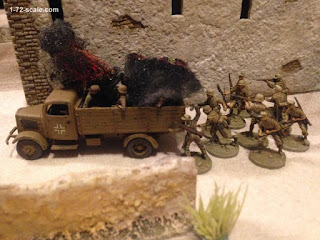 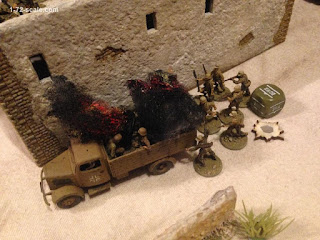 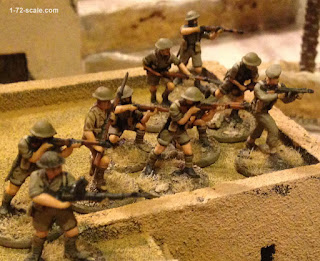 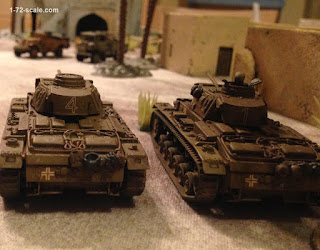 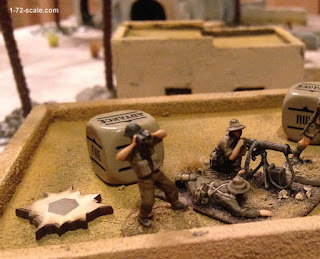 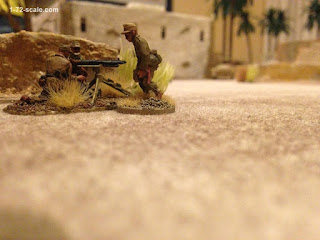