On Saturday afternoon my mate Alejandro invited us to his house and we got together with another of our gaming buddies, Juan, and managed to get in a good skirmish game using the the Disposable Heroes ruleset by Iron Ivan games.

We've only recently got back to using these rules, maybe the last time we gamed regularly with them was about 4 - 5 years ago, so there were a few things we'd forgotten, but we remembered the basic mechanics and with the rulebook at hand we got in a good 1:1 skirmish game (the rules are about 15 years old, and there's a version II recently released which we'll maybe give a try soon).


It's set in Normandy 1944, British attacking with numerical superiority against a smaller force of SS Panzergrenadiers.


"Montgomery is determined to tidy his lines as part of the drive on Caen. He sends heavy attacks driving around the town to capture vital positions before launching the major operation designed to take Caen itself"


The British have to take the majority of the scenario objectives to win. 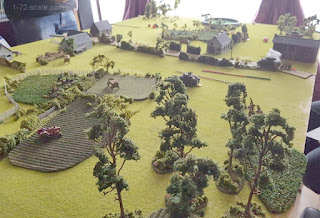 General view of the table 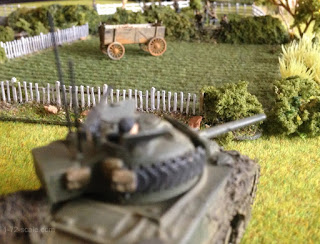 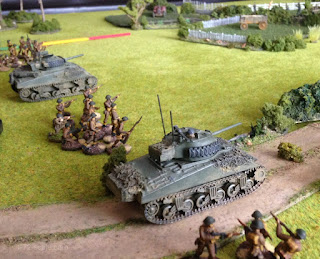 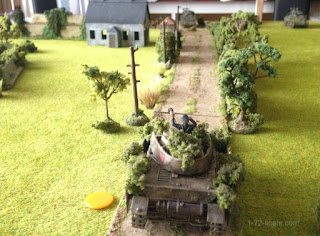 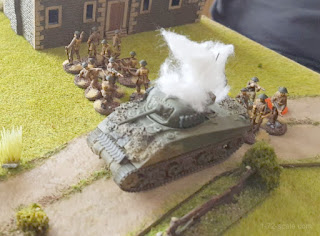 And takes out a Sherman on the 1st turn 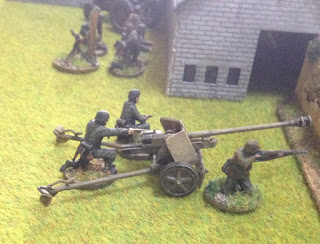 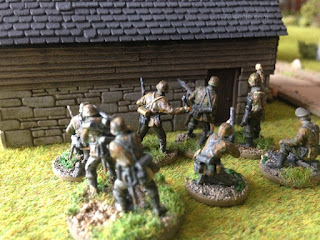 German troops regroup behind a barn 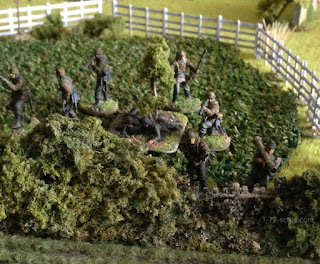 More Germans emerge from a field 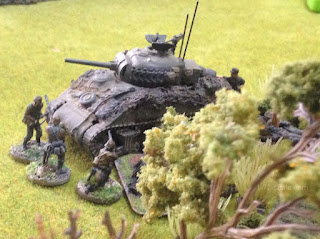 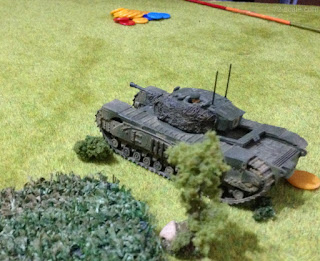 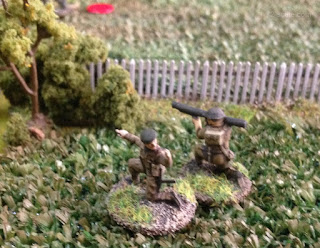 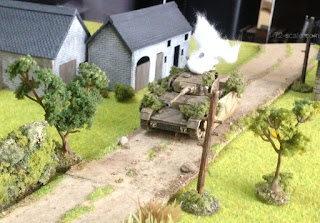 Boom ! - A lucky shot from the PIAT and the Pz IV goes up in flames.


Despite the numerical superiority of the British, it was not easy for the attacker, they (ie : me and Alejandro that is) made the mistake of not going full-out to reach the objectives.


We found it was a good balanced scenario and the Germans SS and have a higher morale rating but less units and so less activations, and it was hard to get them pinned.

The British had some luck with a 3" mortar and the PIAT, but they only reached one objective, which was really their own fault for dawdling around given the limit on the number of turns.
By JohnM