Pictures of another recent scenario with three of the regular crew (Alex / Carlos / Juan). In the game we kept distancing measures in place, and face coverings when necessary.

The game was a skirmish operation roughly based on / around the time of Operation Barbarossa put together by Carlos, composed of a small mobile force of German Panzergrenadiers supported by a couple of Stugs.

Russian infantry were defending a small village and as the game progressed they received increasing support from BT-7s. 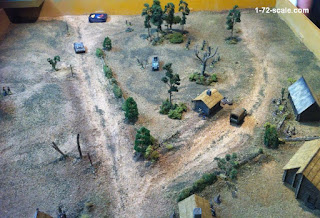 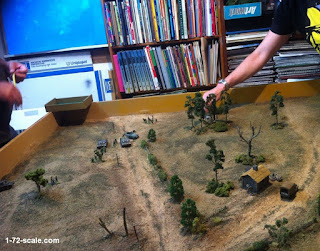 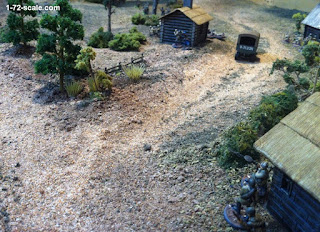 Germans start moving in towards the village 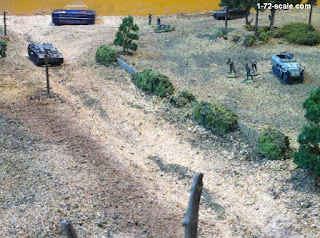 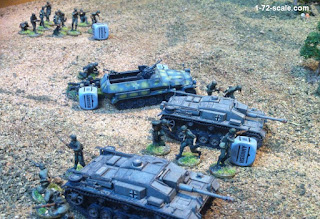 The Russian commander looks out at the oncoming enemy. 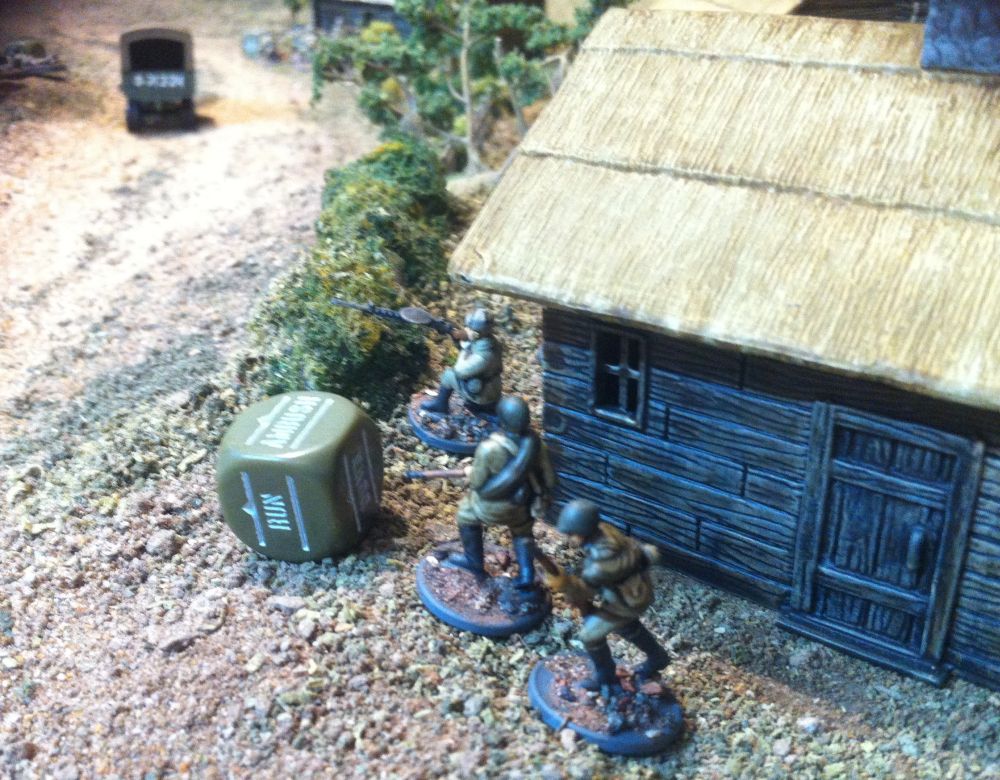 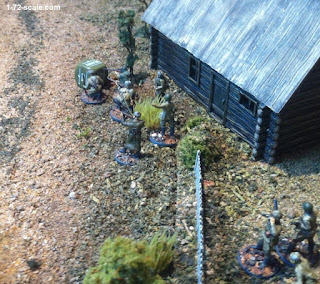 A political Commissar in the meantime keeps to the rear to "persuade" any dubious Comrades to hold their ground. 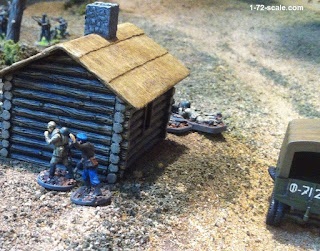 The Germans continue their advance 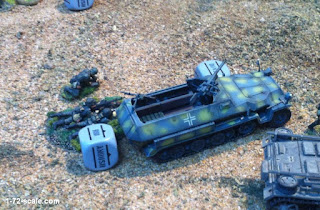 Mortar shells come raining down on the awaiting Russians.

Bolt Action rules allow you to add medics. In this case the lovely Svetlana made an appearance to help out the boys under mortar fire. 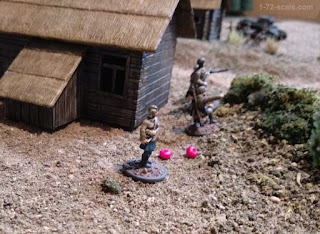 German squads arriving on foot through a small wood reach the outskirts of the village. 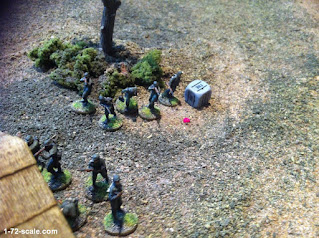 Stug surfing ! On the road into the village, a StuG tears down the road loaded with a squad of improvised tank riders. 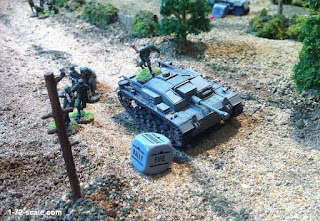 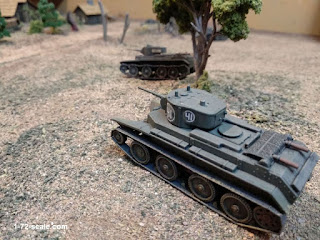 The Germans on foot who reached the outskirts have a tough time out in the open and stack up more and more casualties. 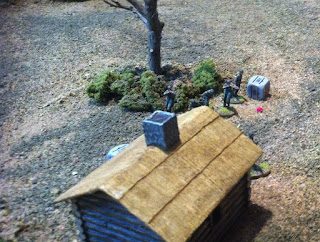 The Stug surfers dismount but pay a high price, the Russians holed up in the houses practically decimate them in a hail of gunfire 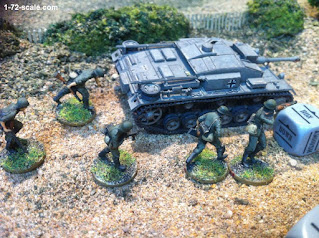 Another BT-7 enters the fray and causes a lot of headaches on the Western flank. The fast-moving tanks get in behind the Stugs and disable both vehicles. 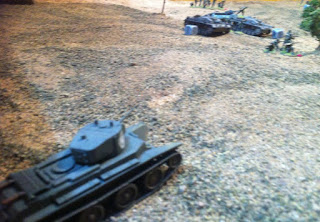 Meanwhile the remaining infantrymen are pinned and the German player decides enough is enough, he can't win this time so he concedes he's fighting a losing battle, and the victory is given to the Russian player. 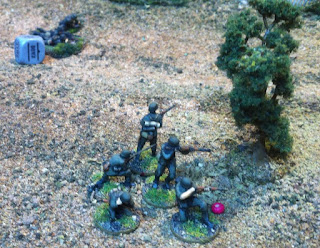 The Commissar looks on at the retreating Germans - this time he hasn't had to persuade anyone to stand their ground. 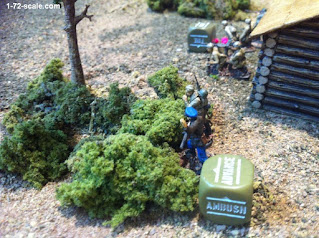 The game was difficult for the Germans, too much ground to cover and probably not enough forces for the attack - but who said battles were fair ?

In any case, we were thinking of maybe tweaking the scenario and playing it again sometime. The Russians didn't really do much apart from just shoot every turn in a static defence and the arrival of four BT-7s sealed the fate of the Stugs.

Hope you enjoyed the pictures and as always the only victims in this battle were just little toy soldiers.

Keep safe and in the next update we'll try and maybe get some photos up of a pre-Covid colonial game played back in February, or some photos of a few Airfix US Paratroop conversions
By JohnM