Airfix US Paratroops - Some Conversions

When these figures first came out in the mid-seventies I was very disappointed when I eagerly opened the box, only to discover that they were moulded in grey plastic !!  In my mind, they should have been made in the usual Airfix olive green plastic that all my other allied figures came in, I mean grey plastic was reserved for the Germans ....

Anyway, my childhood traumas aside, the set really does have some very well sculpted figures, albeit a little on the small side.

I had some pictures of these Airfix figures on the old and now defunct MiniatureZone website but until now I hadn't remembered to upload them here.

So here they are - these figures as you can see were moulded in good old olive green from a more recent offering by Heller - when I say recent, it's relative...... these were probably made about 10 - 12 years ago

The Airfix US paras lack a bit of heavier firepower so these little fellas got a few support weapons added.

Below, the standing figure on the left has had his Thompson replaced with a Bar taken from an old Esci US Para figure, while the MG team has been given a 0.30 cal Browning taken from the Revell US Paras set. 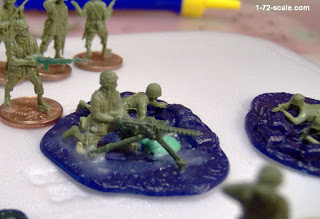 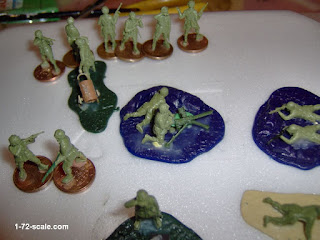 The mortar is from the Pegasus German set 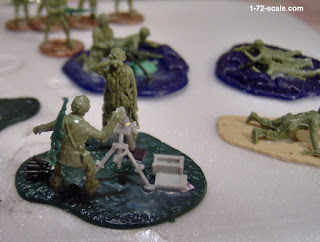 Finally this one below was a complete bodge, it's supposed to be a hand-cart. Not very convincing, but I gave it a try at least. 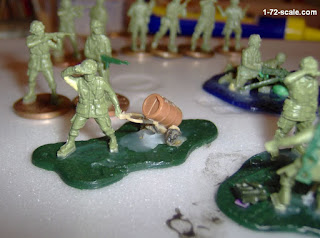 And the figures once painted. 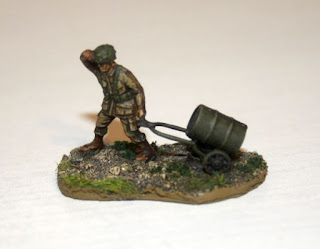 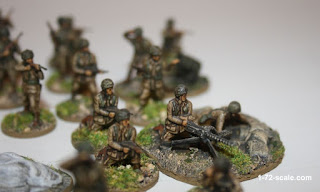 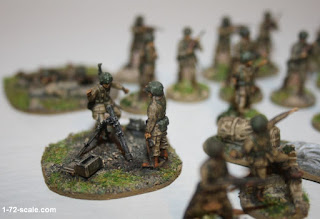 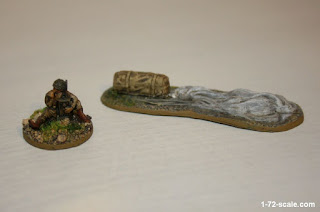 No bazookas for the Airfix guys either, the figure on the right had his carbine replaced with something a little more substantial. 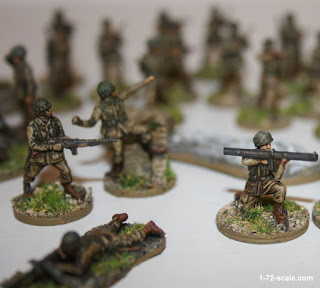 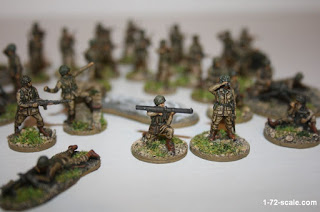 And the rest of the gang, just vanilla Airfix US Paras 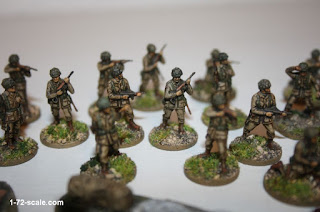 The figures are a joy to paint and they're well detailed and have stood the test of time, they still look good compared with more modern figures.

Hope you enjoyed the pictures and feel free to comment. Will try to get another update soon, so keep safe and check back in a little while.
By JohnM