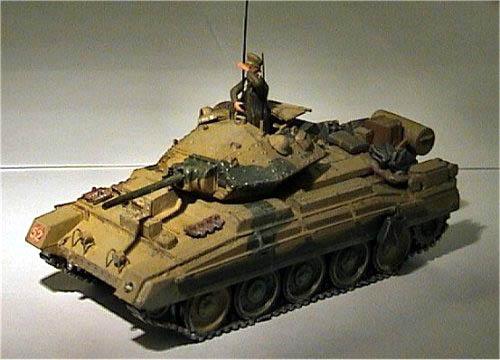 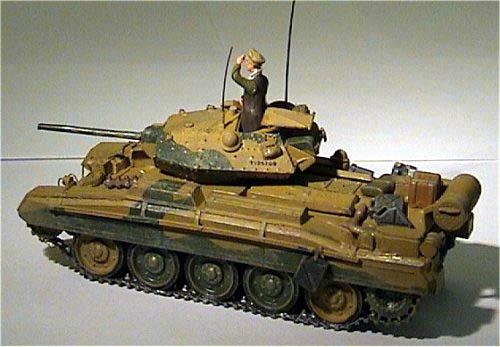 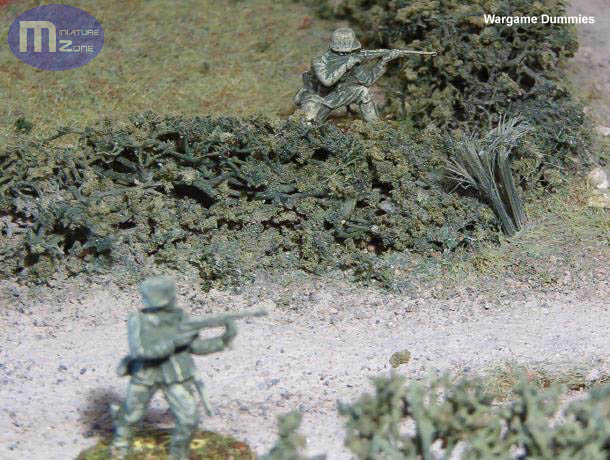 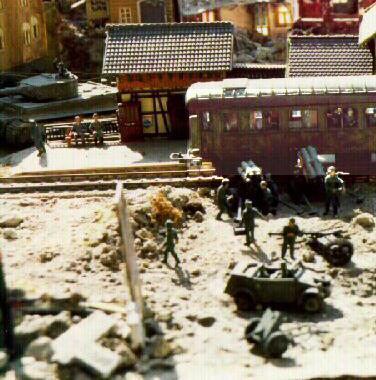 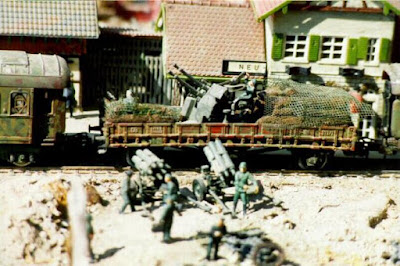 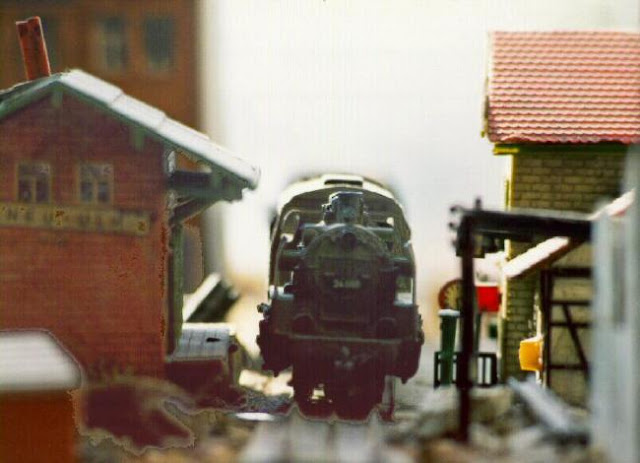 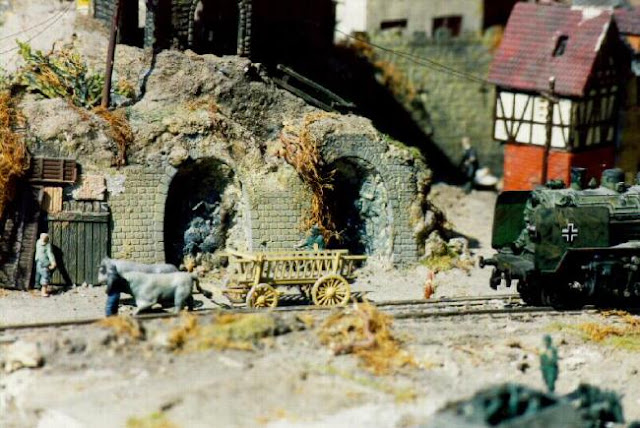 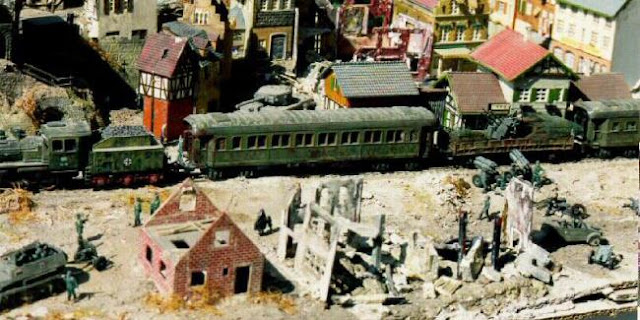 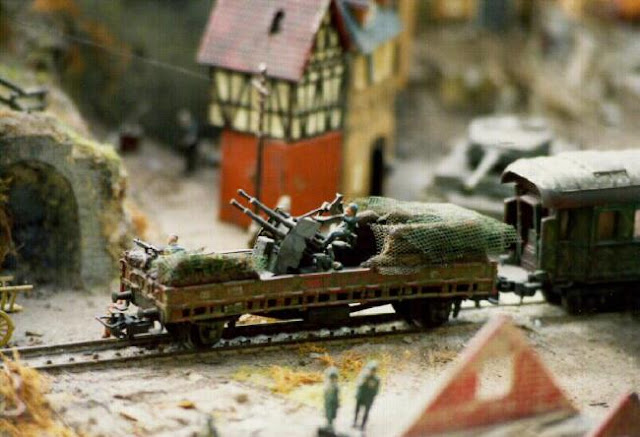 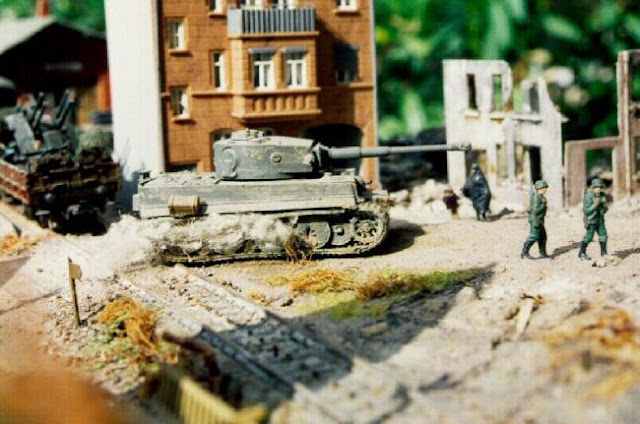 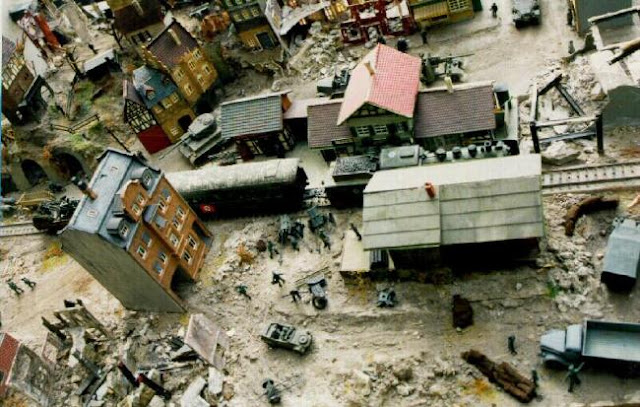 All started when a friend of mine bought some ESCI's M4A1 back in 1978. Being also a wargamer, very soon these 75mm Sherman were exchanging rounds against my Pz.Kpfw. IVs and Vs.

As we used to play 1:1 skirmish (using them Charles GRANT Battle wargames rules, with Tank/Gun tables from Bruce QUARRIES' NW Europe Wargaming from PSL) very soon my friend was asking for a heavier punch -something dejá vu.

After buying Shermans in Action, the despair increases, first the version presented in the ESCI box, never existed (well now we know that it did, but.) and we needed a new turret to mount a heavier gun, nothing like the Firefly: same turret, new gun - wise guys those Brits.

With some searching, the discovery of the Hasegawa Sherman, with a complete out of scale hull, but a right scale turret, saved the day. And so started our conversions.

First, it was simply a question - after improving/correcting the Hasegawa part - of inserting a 76mm turret on an ESCI Hull. 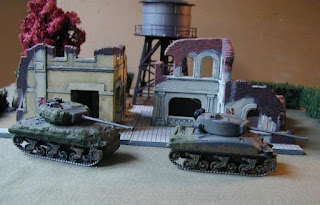 At the same time, the original hull, started to be converted back to a 60º hull, by reinforcing the back of the kit glacis (with Araldite), and with some hard cutting and scratching reverting a 47º hull into that inclination. After that there is only a question of rebuilding the hatches, from a angle opening to a direct side opening, and so on, to be used as a 75mm gun tank. 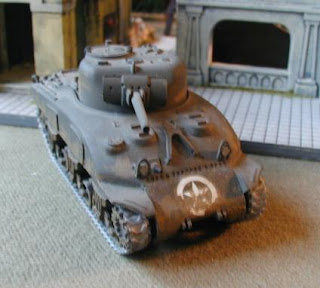 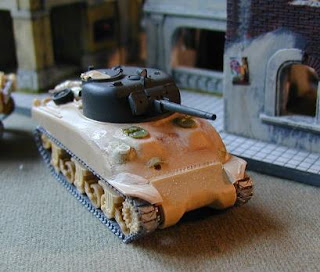 Next a M4 Hybrid was made, by cutting part of the sides, replacing them with some plastic card, and creating with putty, the angles typical of this version. 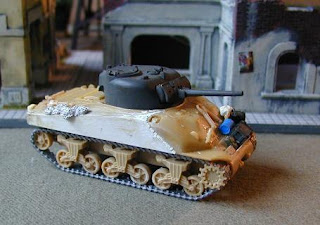 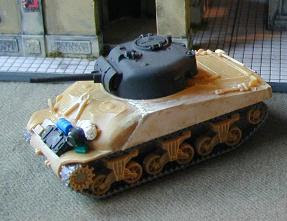 The normal M4 version was accomplished by cutting an old Airfix hull, so that it could be inserted in an ESCI kit chassis, with new sides and rear in plastic card, and rebuilding the detail. 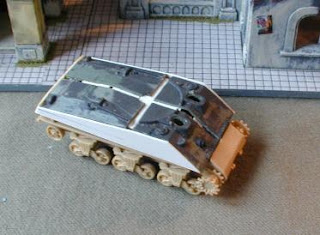 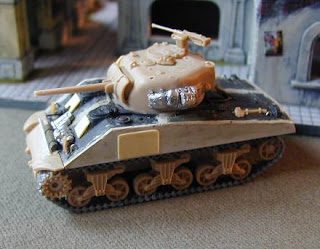 A normal M4A3 (dry) could be accomplished by the same method, as Bjorn shown on the Missing Links site , but very soon, the problem of the lousy protection arises. Those 76mm armed Shermans while capable of defeating StuG & Pz.IV and with a lot of luck and skill even Panthers and Tigers, could not withstand the 7,5cm L/48 or L/70 powerful punch, with the same easy as the Germans, so in most cases they were death meat. 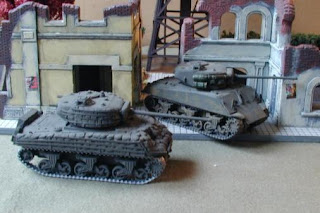 So started another Quest, and at first, my friends models started to use Sandbags - using those from plastic boxes as Fujimi, Nitto's, ESCI and even made from DAS Pronto modelling clay - Extra Tracks & Wheels and Logs/Planks, to cover the thin armour. 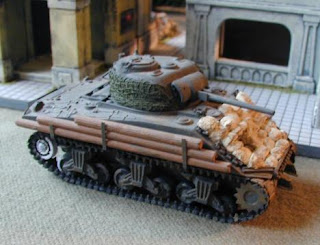 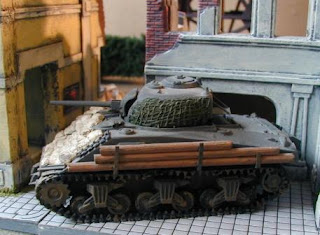 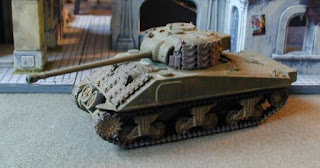 But some new look on that marvellous in Action book, gives us clues about what now were named Expedient Jumbos (excellent article from P. DYERS in a old MM).

Simply by attach cut out parts from another Shermans, or Tigers/Panthers to the Hull front and Hull/Turret side, they increase the protection. 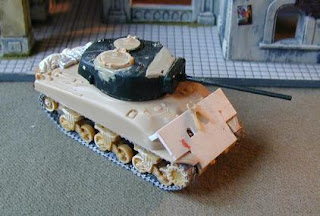 The present version used a ESCI M4A3, with a 76mm Hasegawa turret, a cut out Hasegawa frontal glacis, glued on the original ESCI ones, and some other bits of plastic. We also discover that some of them even carry US Army Field Issue 1" Armour plates, for the M4A3 family. 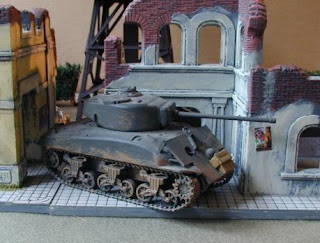 A exceptional photo of a M4A1A (W) even carries 2x1" Armour plates - photo in In Action, carrying a pair of boxing gloves and a switched loaders/commander hatches - so another model in the production line...

After some work and reorganisation of the Battle units, a M4A3B (105mm) was made using plans from Bellona Books; looking at the Fujimi Kit; and discovering that they used the same turret, from the 75mm, but with a new mantlet mount. 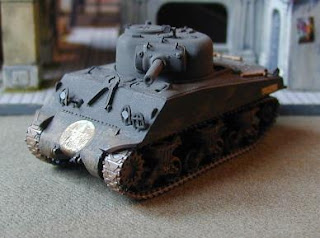 With some measurement, I discover, that the Fujimi Mantlet is something above the 1:76 scale, while not exactly at 1:72, but as the ESCI turret, is something bellow 1:72, and the thing looks good, Who Cares?

I also included a MR Models Combi Kit - Parts in resin and metal, to convert the ESCI M4A1 - M4A3B (105) so you can compare both things.

My model (made by me, but in the collection of Filipe Cunha) was based on a normal ESCI M4A3 and it have 2 turrets, the normal 75mm and the 105mm so I can swap for the scenario requirements. 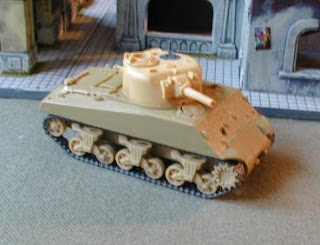 More impressive conversion was the M4A3E2 Jumbo or Cobra King - the uparmoured Assault Tanks issued in July 1944, and first used during Operation Cobra - using as basis the "famous" ESCI M4A3.

Cutting the frontal and sides parts from an Hasegawa M4A3E8, using the transmission block from Hasegawa, gluing them over the ESCI kit, after some rework, and making a new turret from Balsa Wood, to the dimensions (in 1:72) of a Bellona plan, did the work. The Commander cupola, is a Hasegawa 76mm turret "clone", moulded using the "Plasticine/Araldite" method (see instructions below), while some bits came from the ESCI model, while others from the Hasegawa ones. And voilá a Cobra King (the name we normally give to this version, reserving the Jumbo one for the 76mm armed Tank) to blast those pesky Krauts (most of them mine).

As in the previous model, a MR Models Combi Kit, to compare - this time I lose, as their model is exceptional, just look at those tracks, with end connectors and the serial numbers on the cast turret. 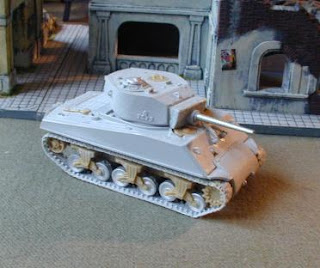 In the case of the long narrow hood M4, I just presented my standard process of converting them, as I always made versions with frontal appliqué armour. But in the case of anyone interested in making a early long narrow hood, without the appliqué the description is more or less wrong. The corners are not totally round, from top to bottom, but indeed with "taper chambered corners" in the words of Phil Dyer, as the rounding starts on top but the bottom do not have round corners, but the normal angular corners.

Most M4 used by the British & Commonwealth, were late versions, meaning also re-manufactured ones, but all with the 1 piece tranny, most, if not all, with the sharp one.

While some of the British M4, do not have the frontal appliqué armour, all have the ones on the side.

Almost all rolled/welded hull Fireflies Ic were build on late version M4, so a sharp tranny, and a front travel lock (taken from Fujimi kit)

Some Canadian units, from Operation Veritable onwards used a special smoke launcher on their M4 and Fireflies. These "smokers" were installed on turret top deck, more or less on the central axis of the gun, as could be seen from the pictures posted on the Files section in the MiniatureZone Forum. For this just get a suitable brass or plastic tube and made the mounting. Sorry I didn't have any plans of it, perhaps some of the members of the group could help.

Another innovation, used for the first time during Veritable (February 1945) was the All Round Vision Cupola, indeed a improved system to be standardized on all British AFV, associated or not with Tabby (The British Infra-Red Vision system). Most of the cupolas were to be installed on the Cromwell & Churchill, but some of them were also retrofitted in some Shermans (M4, M4A2 and M4A4). For this I intend to used the one from Matchbox Comet (I didn't remember if the Airfix Churchill Mk. VII has one, as I never build any), and insert it on place of the original double hatch commanders ring.

The new cupola must have short diameter, as the original, so an adapter ring should be made from plastic (in reality a simple annulus, like the real thing).