German officer with greatcoat and scissor binoculars mounted on a tripod. An iconic figure from the Revel Panzergrenadier set. 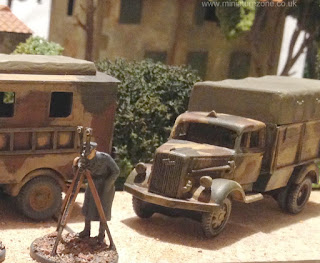 He’s accompanied here by a Zvezda infantryman and Imex radiomain with a portable backpack mounted radio. 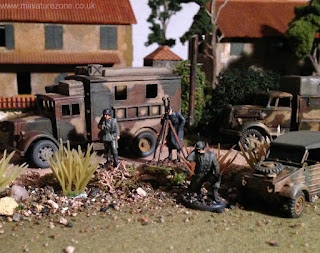 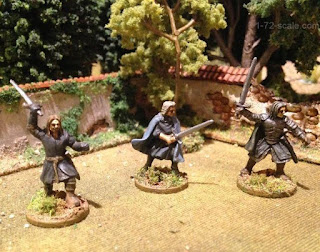 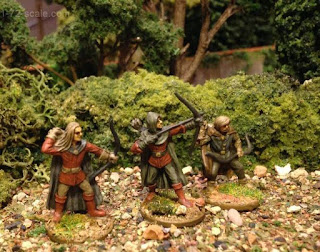 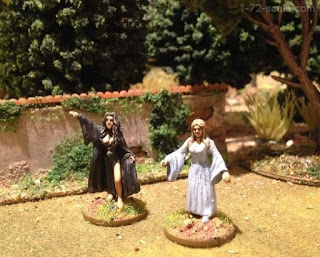 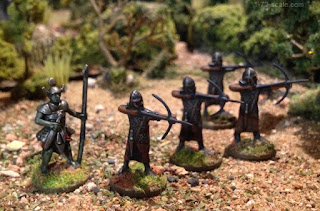 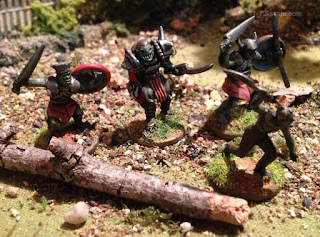 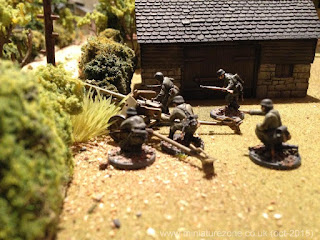 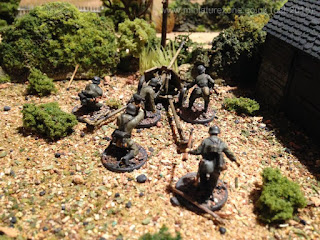 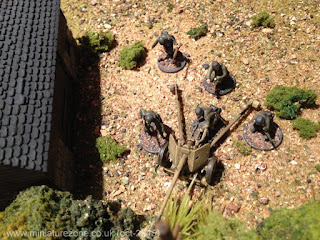 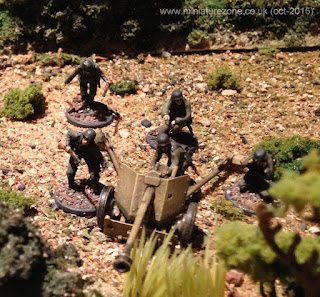 Some time ago a friend from our wargame group, Juan Reyes (Brazo de Nelson Wargamers Club) had a brilliant idea of using cut-outs from old X-rays that he painted over with gloss paint to use as wargame scenery to make marshes.

In a recent game scenario we needed a wide river section to cross the entire table, and so inspired by Juans marshes, we cut-up some old x-rays with scissors to make improvised river sections. 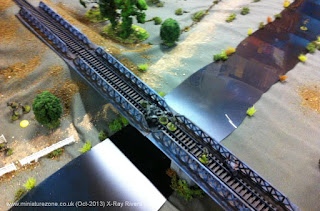 These are not painted, just the bare X-rays but they actually work very well. 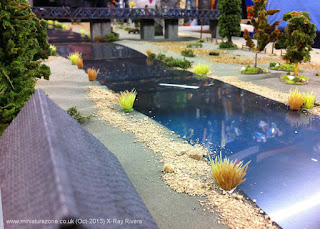 The game was one of a series of scenarios weve gamed from an Arnhem campaign. The bridge spanning the river is an Airfix Pontoon Bridge, mounted on supports made from Lego and painted concrete grey.
By JohnM No comments: