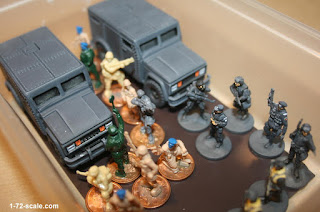 These are a mix of figures from various brands, Esci US 1990s Infantry, Zvezda US Infantry, Revell US & German Modern Infantry, an Esci / Italeri US vietnam war figure, Orion Modern Russian with a headswap, even a couple of Matchbox 1980s British Paras have snook in there. 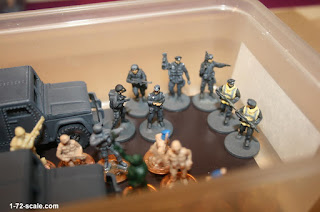 The guys with the cops' typical peaked caps got their heads from the Revell Kriegsmarine WWII German Navy set. The heads were added as per this article on the MiniatureZone website. 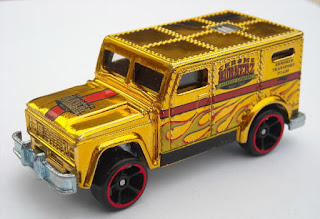 The cars were given new wheels taken off some old Russian trucks. 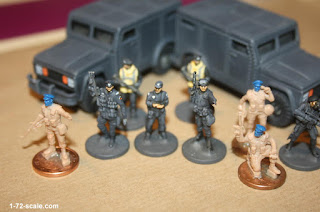 More pictures will follow as work progresses on these guys.
By JohnM 2 comments:

Two suited Uzi toting figures that could be either good guys or bad´uns. 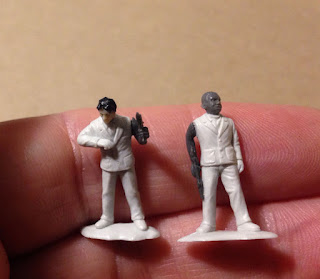 These are conversions from a couple of different sets. Anyone hazard as guess as to which sets have been used to make the figures ?
By JohnM 4 comments: 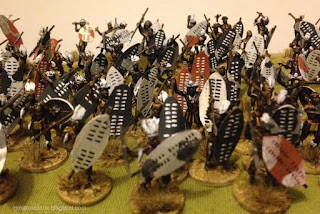 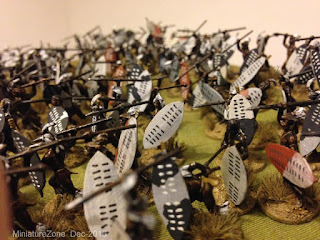 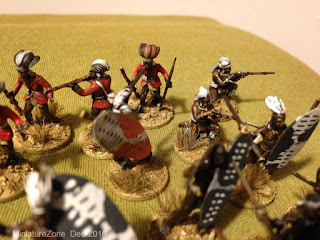 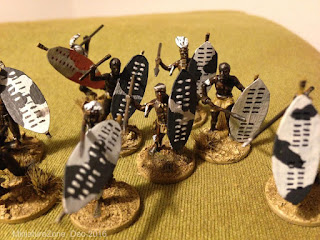 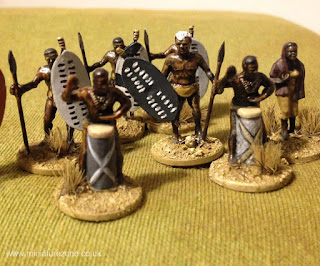 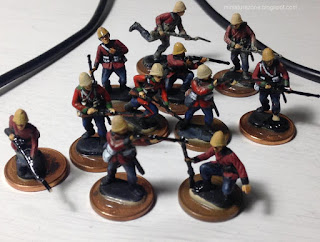 Following on from the previous post, some more 1:76 scale British / Commonwealth figures, this time from Matchbox.

These are a mixture of figures from the British Infantry and British Commandos sets with a couple of conversions.

Three different figures based on the same charging pose. The original unaltered figure on the left. 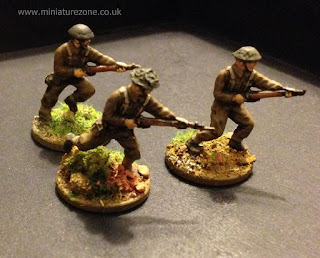 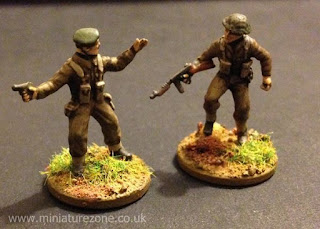 Two more figures from the British Infantry set- officer on the left wearing a leather jerkin, and on the right a figure that I’ve often used as a tank crewman. 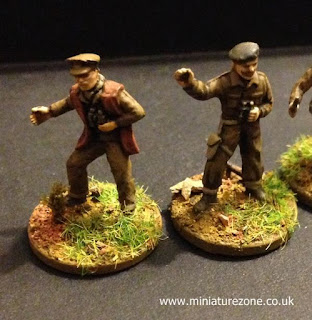 A mix of figures below from the Commandos and Infantry sets. 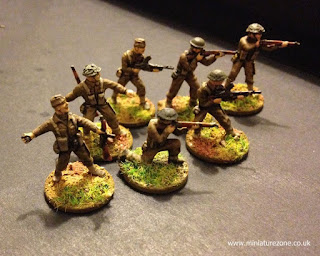 Love this crazy guy – you can see he’s bawling in thick Glasgow accent “come on you f**kers, I’ll take you all on !” 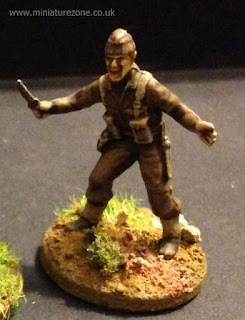 In the Commando set you also get a German sentry who looks like he’s just been taken out by this guy. I must get around to paining up that sentry and get a picture of the two together….

This poor lad below is from the Anzac Infantry set. 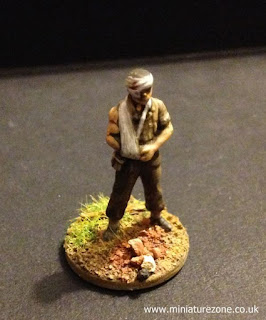 And finally a picture of the whole family 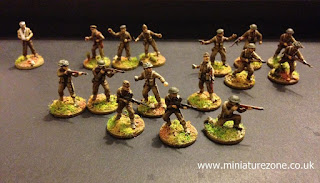 The Matchbox sets have been around for a good number of years – and I remember painting figures from these sets with Humbrol enamels back when they first came out when I was a kid – but up until recently they were difficult to come by, but thankfully that changed very recently when Revell re-released the sets.
By JohnM No comments: