Repeating here some photos from an old post that was wiped out when the site was hacked a few years ago.
We needed a Forward Observer Team to use as regimental support for a WWII Pacific USMC Platoon and using the Iron Ivan Disposable Heroes rules you get the option of either a Marine or Navy FO team.
I decided on a Navy team in white dixie cup hats and some “true-blue” navy gear. 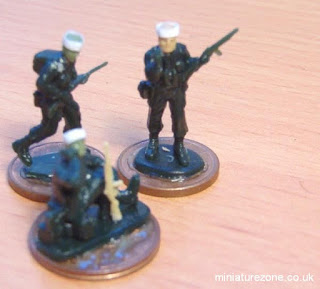 The hats were made with some thin strands of paper and white-glue wrapped around bare heads taken from other figures.
I wanted to use them in scenarios as a kind of Naval landing party, even for some pulp scenarios, having them stranded on an dinosaur and hostile-native infested island, crazy things like that. 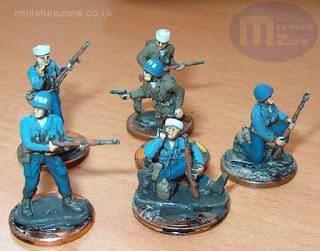 The figures are IMEX, a mixture from the two sets of Korean War figures, all with new heads. 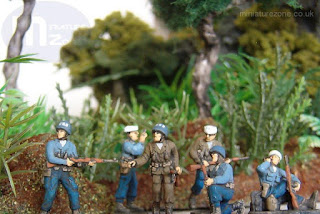 There was a time 20+ years ago, when it was impossible to get your hands on a 20mm Opel Blitz and inspired by a post on Will's Wargames Blog I thought I'd share a couple of photos of two British vehicles that made their way into the miniature WW2 German arsenal.

This rehashed old Airfix Austin K6 was a solution, and the vehicle is still in my collection today from back then 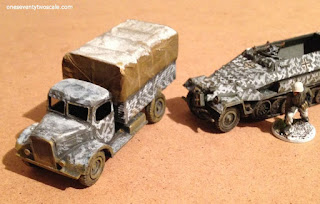 Nowadays of course you don't need to go to such a ridiculous end as there are so many kits and ready-made options available. 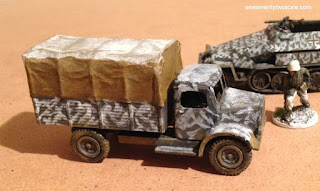 Another "Ersatz" vehicle was this Opel Blitz ambulance bus below. This was a more recent concoction, using a die-cast Bedford OB Utility bus.  There are kits of the Opel Blitz bus available but at the time I thought that from a distance this could make the grade. 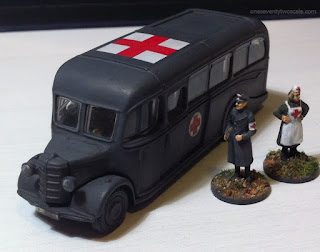 Happy New Year to all you fellow modellers, gamers and toy collectors out there !

If you click on the images below they will take you to the videos and open up in a new tab. Hope they bring back a few happy memories. 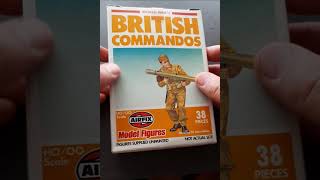 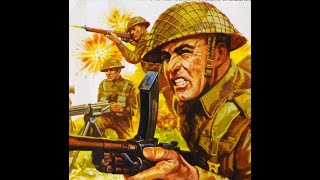 Some of the figures are a bit “chunky”, others no too much so, but on the whole it’s a really nice set with plenty of raised detail which makes them easy to paint and they’re a great nice addition to my WW2 Soviet forces.

I especially like the fact that they are not all just standing around fixing tanks or in polite conversation with each other – you do still get some of those poses, none of which I’ve painted yet, but most are either running (presumably from their burning or disabled tanks) or have dismounted and are in the thick of the fighting with pistols and SMGs. 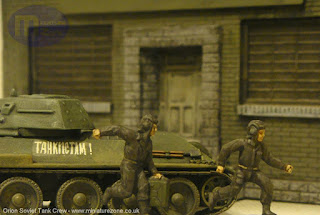 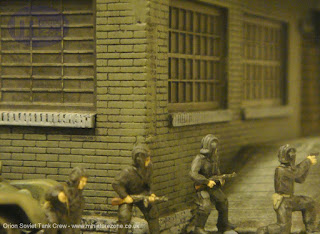 If you click on the following link below to Plastic Soldier Review, you can see their opinions on this set too. The link will open up in a new window.